Latest Trends
Called to the Bar Gift Guide – 5...
Perfect Graduation Gift Ideas – Presents for your...
Finding a job after you graduate – the...
The graduates starting their careers from home. Can...
Law Students and COVID-19: 4 ways to prepare...
Law Students and COVID-19: prepare for a post-pandemic...
What makes a good lawyer? The 8 top...
Make the Most of your Virtual Graduation Celebration
Survey: 9 out of 10 Graduates Would Attend...
What is the difference between a lawyer and...
Home » Legal » Dressing for Court?

The dress code for court isn’t something the general public know that much about. They base their expectations off of what they see on TV and in films. Any member of the public observing a courtroom will just see what looks like a small murder of crows, because of all the black gowns! But, as anyone working in the legal system will know, it is a serious issue within the legal profession.

For those in the legal profession, it is a kind of public, non-verbal statement. Sober attire denotes the seriousness and professionalism involved in the role. The dress code states that the law is a conservative institution that is dedicated to upholding the best interests of the public and whoever has recourse to use the courts. That’s why the upper echelons take it so seriously. Young or aspiring barristers and others may squawk at the restrictions, but the Law Lords enforce this with good reason. They are concerned with the image of the whole profession.

Why the Strict Dress Code?

The idea behind the simple, dark gowns is to focus the courtroom’s attention on the arguments being presented by the barristers fighting their cases. The prosecuting or defending counsel should be able to command the full attention of the court with the mastery or prowess of their oral advocacy, without recourse to other means.

Dress Code Revision: the courtroom working dress code was changed back in 2008 when the new gown was introduced and included the wearing of wigs, collarettes, bands and wing collars. In 2011, the Supreme Court relaxed more court dress codes, after being petitioned by practitioners. Those working the higher courts won’t have to use the traditional court dress unless they would like to, but advocates in the criminal courts will still have to use the old accepted regalia. If you practise in different types of court, make sure that you understand the court dress code for both occasions. 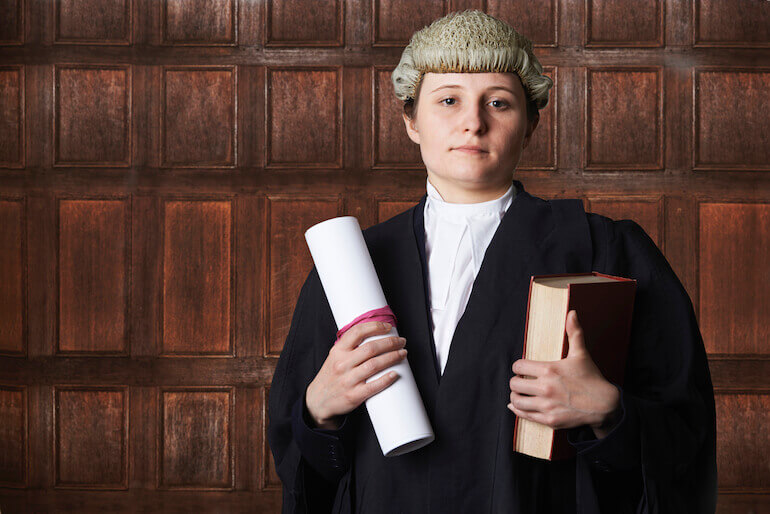 Have any adaptations been made?

As practicing or trainee barristers, we hope you now have a good understanding of the requirements, but as you know, it is always good to reiterate the evidence. As mentioned earlier, changes have only been made in specific court cases so the acceptable dress will depend on which court you attend and your role in the courtroom.

The Lord Chief Justice laid out the new rules in his Practice Division.

Here is a quick summary:

Tailor De Jure’s advice: many Judges can exercise their discretion of when and where court dress is required. Check before you make your appearance.
A good rule of thumb is, when the judge is bewigged and robed, you should be too! 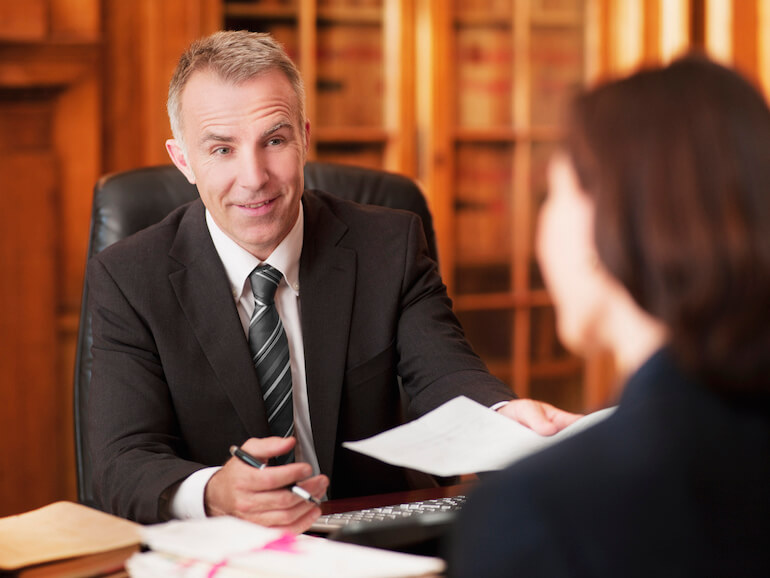 Under or Without the Gown

To find detailed information of what is expected and the exceptions, check with the Bar Council or Law Society.
Warning: you don’t want to be bawled out and shown up in court by a peevish judge, so get it right! 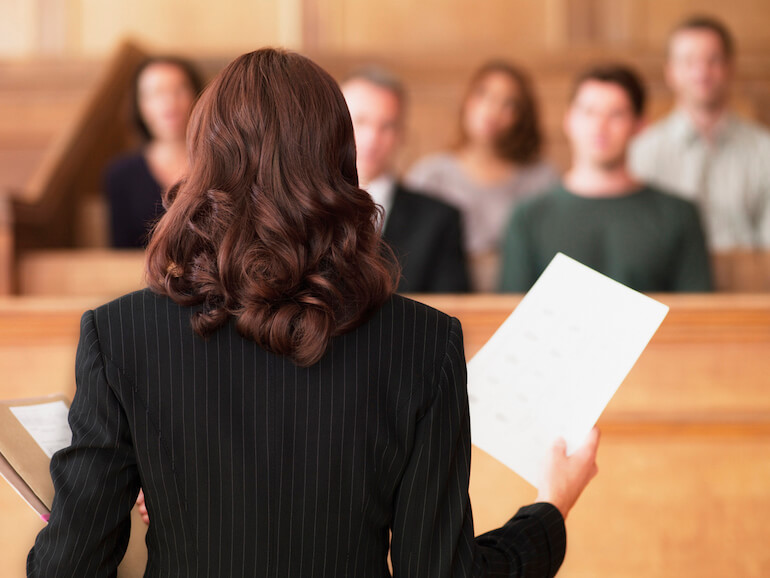 Although now in many courtroom sessions you can wear ‘normal’ clothes, you shouldn’t get carried away.

Unfortunately, women advocates may feel that they bear the brunt of official disapproval more than the men and need to be especially careful in their sartorial elegance.

These few pointers will ensure you have the foundations to give the perfect case for all of your clients, providing the best case in their fights.

Do You Want to Become a Barrister?

Do we still need Legal Wigs and Barrister...

Everything you need to know about a law...

Should You be Washing Your Legal Wig?