Latest Trends
Take time to Spring clean your Easter Hymn...
4 ways to keep your choir performance momentum...
A Call to the Bar: what to wear...
What to wear to your winter graduation
8 top tips to be a commanding choir...
Should You be Washing Your Legal Wig?
7 tips to make sure your choir puts...
Pupillage
Dressing for Court?
Do You Want to Become a Barrister?
Home » Graduation » The Story of Graduation Attire and the University of Exeter

The Story of Graduation Attire and the University of Exeter

Graduation Attire had the pleasure of working with Exeter University to deliver their spectacular Winter Graduation Ceremony for the students on Streatham Campus.

Read on to find out how Graduation Attire won this tender and the hard work it takes to provide a smooth, successful graduation day.

University of Exeter – The Journey

The University of Exeter was initially founded in 1851 with the curation of schools of science and art. Sir Stafford Northcote, a politician at the time focused on producing these schools with the aim of making Exeter a “hub of culture” in the west of England. From here, the university saw huge growth in the 1960’s flourishing with growing numbers of schools, and awards in this period. From this period, in 2012, the university was provided with prestigious Russell Group status, showing that it is one of the leading research led universities in the UK. 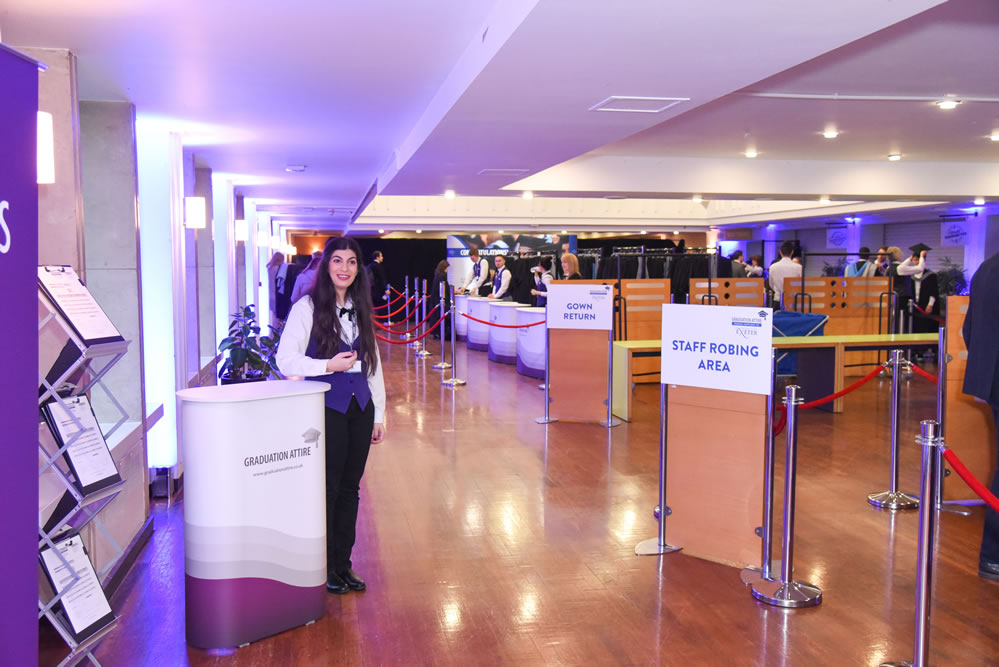 The University of Exeter used a tender process to make the decision of who the best fit provider would be. With the introduction of the LUPC Ceremonial Gown and Photography Services framework agreement in 2018, the university had seen that there was an opportunity to complete a full evaluation in a much more efficient way, allowing for a decision to be made ready for their winter graduation ceremonies in December 2018. Thanks to the constant student focus and innovative working methods shown in the agreement, it was felt that Graduation Attire would provide the most appropriate service, ensuring the day was the perfect celebration of achievement for the students. 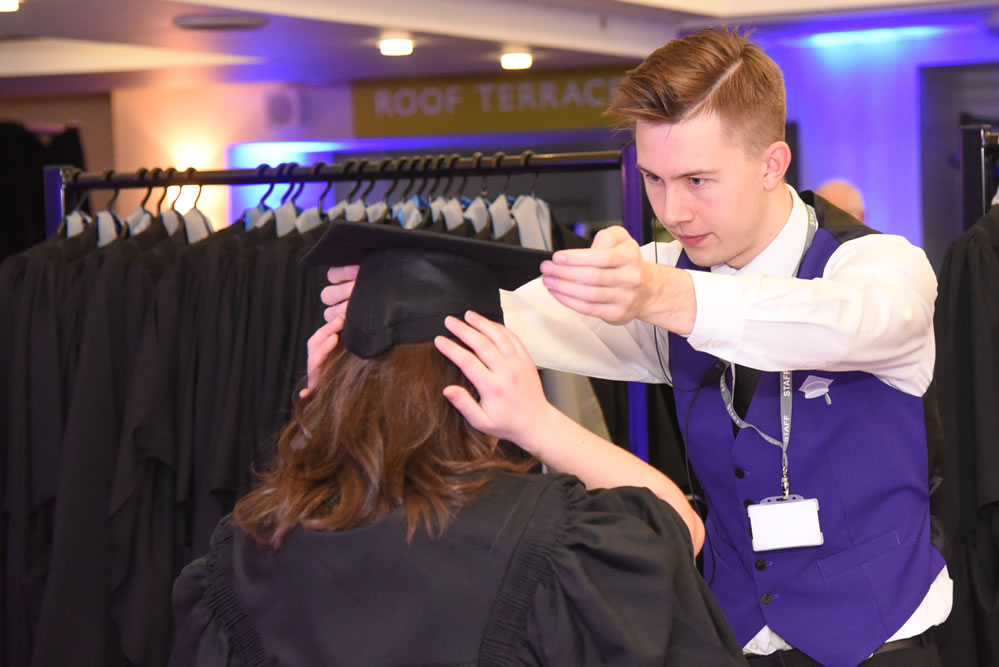 Upon receiving the news that they had been awarded the contract, the Graduation Attire team set to work, starting the production of the all the specific designs used at the University. The launch of the prepared University of Exeter Gown Hire website (www.exetergraduation.co.uk) occurred following a lengthy testing period, ensuring that students would not experience issues, allowing them to hire their attire with ease. Customer service systems were put into place with a question and answer service being put alongside a chatbot, designed to answer not only the questions regarding gowning, but also providing information and links to the University of Exeter website itself. 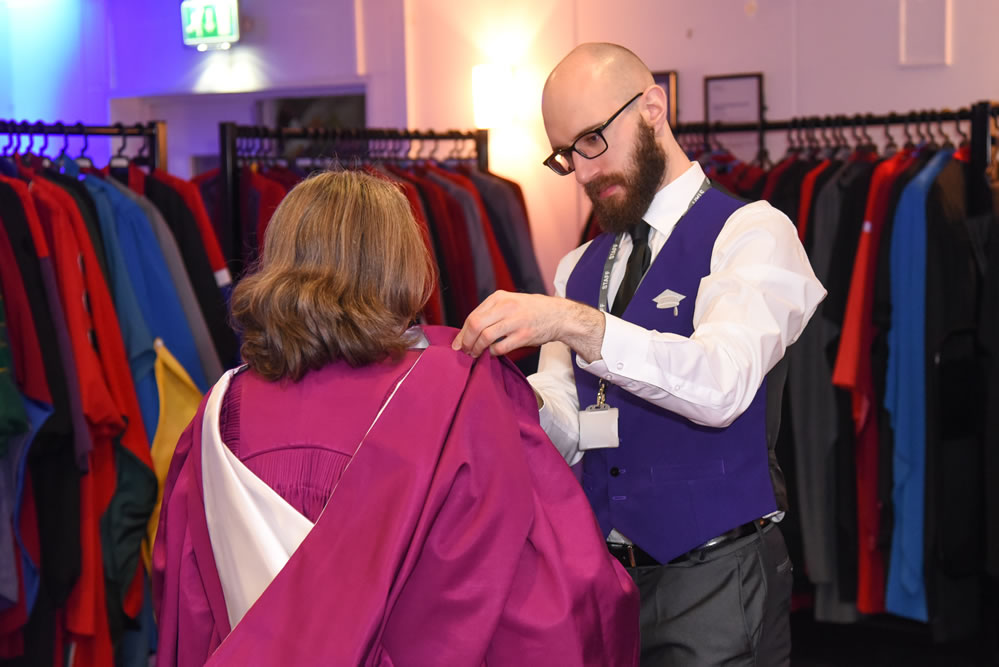 Attire from A to B

The transport of the attire was something that had been thought about well in advance. When talking to the students it was realised that the state that the attire is delivered was hugely influential in forming the prestige of the day, giving the students a real sense of achievement and marking the occasion as something exceptionally noteworthy in their lives. To ensure this, the Graduation Attire team ensured that all gowns had been steamed and hung on rails ready for the student, allowing our team on the day to hand over gowns of exceptional quality, made from 100% post consumer plastic waste.

The full loading process had been mapped out by the logistics team, fitting out a large articulated lorry, allowing the full range of labelled gowns to be delivered down for the graduates to pick up on the day using their Gown Number which they had received via text message two days in advance, speeding up the process of retrieval further. 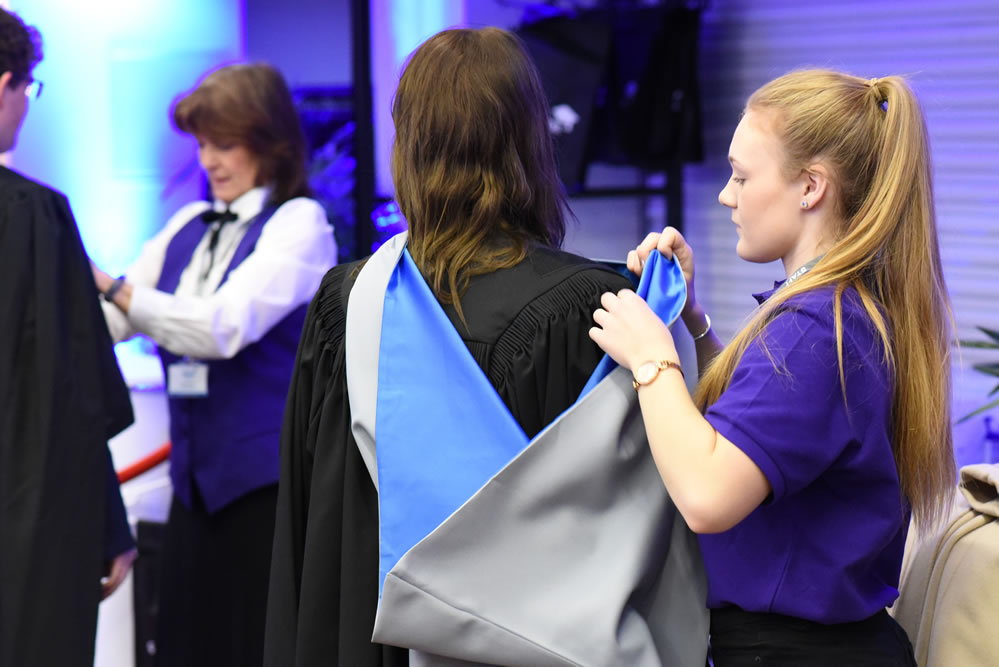 The garments arrived in Exeter on Thursday 13th December 2018 alongside the Graduation Attire gowning team who were ready to create a flowing room, ready for the students to walk through. Within a single hour, the team transformed the room, allowing for gown collection and dressing to occur quickly and easily, giving the students peace of mind in preparation for the collection of their awards. University staff also collected their gowns from a designated area inside the same room.

Once the room was set up the Graduation Attire team started to provide 130 students with their early collections for the following day’s ceremony. In doing this, the team had previously realised that students would be unable to go through the dressing process and so had created a “How to wear your gown” instructional video – ensuring they were ready for the day in the same way students who were picking up their attire on the day. To see the video that they watched, click here. 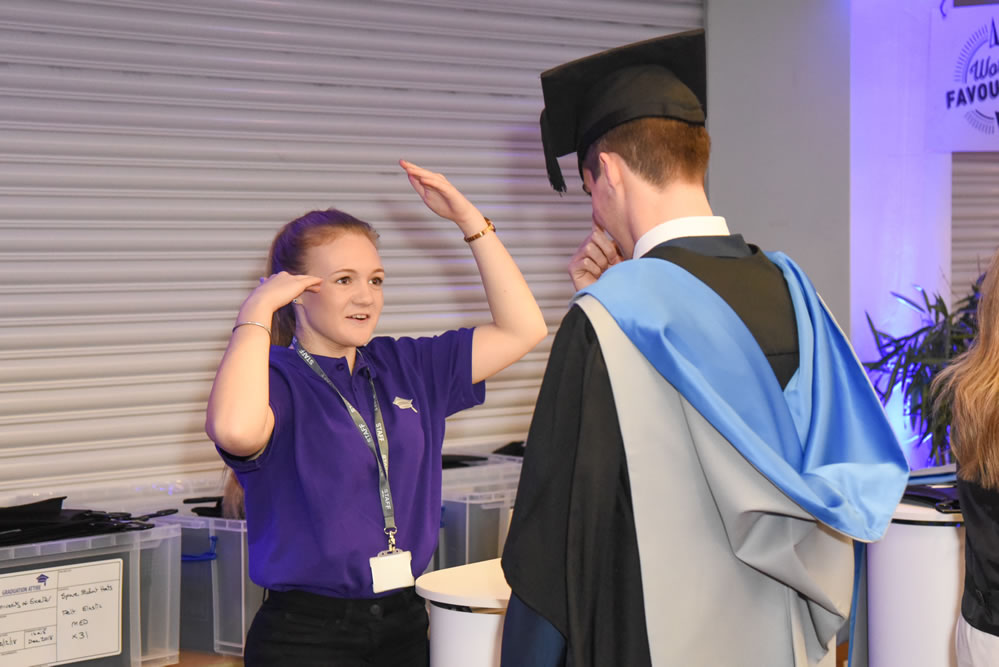 At 7:30am, the event started off with a brief from Martin Lewis, talking through the entire process before the team split of into sections to run through their individual tasks with their team managers. This allowed all members of the team to answer any questions the students may have had. With around 1400 students and staff successfully gowned throughout the two days, attending four ceremonies, the team came away feeling really happy that they had made such a difference to such momentous days of so many! 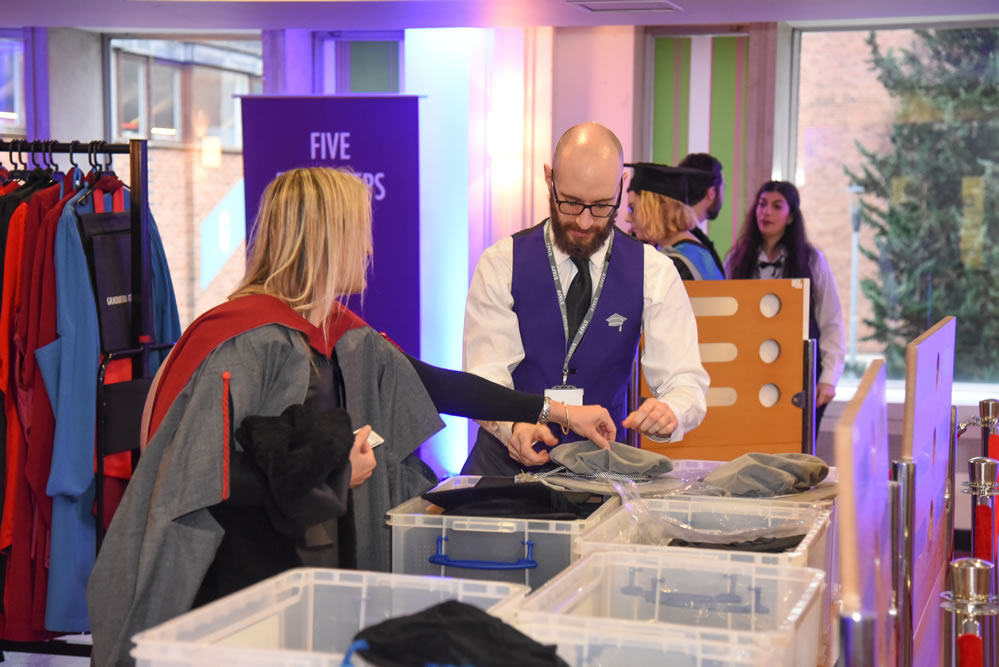 Load Out, Feedback and Evaluation

On the final day of Graduation, load out had to be completed following the finish of the 2pm ceremony. The team, managed by Martin Lewis, was split into two parts with half the team dealing with the gown returns and the other half preparing everything to be loaded back into the lorry ready to return to Graduation Attire HQ. In doing this, the team managed to empty the room in a matter of hours again showing the efficiency of the team members.

Overall, the services provided at University of Exeter Winter Graduation by Graduation Attire saw an improvement in all areas as verified by student feedback. Improvements of up to 16.5% were seen in some areas and reductions in dissatisfaction was seen across the board.

Following this, the team managed to get a chance to catch up with Gemma Edney, Graduation Officer at University of Exeter who managed to give her feedback on the event and her feelings on the whole experience.

This along with the whole process showed the importance of having the students as the first thought in every decision made when it comes to the graduation experience.

The whole Graduation Attire team are looking forward to further improving the student graduation experience in the Summer, making sure students from the University of Exeter celebrate their achievements in style. 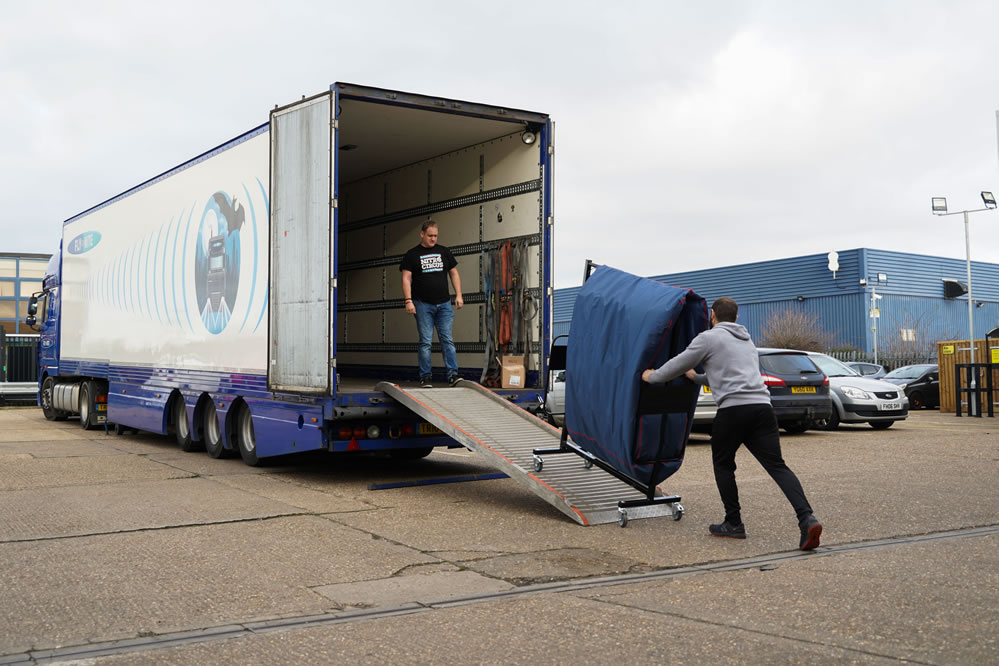 10 Biggest Myths About Becoming a Barrister