Latest Trends
What Different Jobs Can a Law Degree Get...
Preparing For Your First Day in Court
10 Best Accessories For a Beginner in Law
Voice Your Opinion In Our Barrister Survey Blog
How to Get Wrinkles Out of a Graduation...
Celebrating the End of an Era: What to...
What Are Barristers Wigs Made From? The Rise...
Graduation Etiquette: Preparing for the Perfect Day
Legal Gown and Legal Wigs Cleaning Guide
Perfect Graduation Gift Ideas
Home » Legal » Different Roles in UK Courtrooms

What happens inside a UK courtroom? Find out the different court roles and responsibilities of people inside the UK court, including a Crown Court, a Magistrates Court and a Youth Court.

A judge wears a traditional white wig and black gown and is in charge of the trial’s fairness. A judges court role is to make sure the trial is presented clearly. Witnesses can speak to the court, and the judge will settle arguments between barristers about what that law is. Judges also make sure the jury understands what the law is and advise them if necessary. They decide what the sentence of a guilty defendant should be. A district judge in a youth or magistrates court won’t wear a traditional gown and wig. This is in Crown Court only.

Magistrate are unpaid civil volunteers, otherwise called ‘Justices of the Peace’ and are in charge of the courtroom. They decide whether the person in court is ‘guilty’ or ‘not guilty’ after hearing evidence from the prosecution and the defence.

Unlike Judges in Crown courts, they wear ordinary clothes and do not wear traditional legal wigs or gowns.

In a crown court, it is the prosecution barrister whos court role is to show how the defendant has broken the law. Depending on the type of case, these barristers will wear a black gown and wig.

It is the prosecution barristers role to present enough convincing evidence against the defendant to the jury and ask witnesses of their account of events. If the evidence is not convincing, the jury must give a “not guilty” verdict.

Barristers are lawyers who specialise in court level cases. However, in a magistrates court, lawyers and solicitors can also put a case forward and act in the place of the Jury to present evidence against the defendant to the district judge or magistrates directly.

You can usually tell who the barrister is by his specialty robes and wig which differ from that of a judge.

The UK law systems philosophy is that defendants are innocent until proven guilty. A defence barristers court role is to represent the person accused of committing the crime and does not have to prove innocence.

Like the prosecution barrister, they wear a black gown and wig in particular cases. Their role is to point out to the jury what is wrong with the prosecution’s arguments and why they are not convincing enough. A defence barrister’s arguments are called the ‘case for the defence’ and will try to offer other explanations and show. In a magistrates court, there are defence lawyers and solicitors who can put forward a case in court.

In a magistrates court, a clerk sits at the front of the court and makes sure the magistrates have all the information required during the trial. The clerk also reads out the charge to the defendant, and when at the end of the trial, a summary of the law that has been applied in the case.

The Jury appears in crown court cases and comprises of 12 random ordinary people chosen from a list who are eligible to vote in UK elections. The Jury decide if the defendant is guilty and must come to a decision after listening to all witnesses and arguments from the defence barrister and prosecution barrister. Every jury nominates one member to be a foreman. Their court role is being the spokesperson that the judge asks to deliver the jury’s decision to the court.

It is the usher’s responsibility to make sure the trial runs smoothly. They wear a black robe and have a range of tasks. They make sure witnesses, and the public know where to sit, they carry written questions from the jury to the judge, and when the judge or magistrates enter the court, the usher will announce for the courtroom to stand when they enter and also when they leave. As well as escorting the witnesses to and from the witness box, the usher takes oaths or affirmations from witnesses and jury members:

“I swear that the evidence I am about to give is the truth, the whole truth and nothing but the truth.” – Witnesses

Court reporters work for either the local or national press, radio, TV and online reports. Court reporters are forbidden to take any photographs in the courtroom. They are, however, entitled to sketch drawings and ask anyone for comment, apart from magistrates.

Crown courts and Magistrate courts are usually open to the public who sit quietly in the gallery and listen to the trial.

The people who give evidence in court for a trial are called witnesses, and they can include police, people who know or saw something related to the crime. All witnesses must take an oath to tell the truth in court.

The four different types of witness:

Serious criminal cases such as rape, murder and robbery are dealt with in a UK Crown Court. Unlike a Magistrates court, a crown court normally has a jury which decides if individuals are guilty or not and a judge who decides which sentence the person gets, from community sentences to prison sentences.

In England and Wales, a Magistrates or Magistrate Court is one that takes care of minor offences (summary cases) such as motoring offences, minor criminal damage and common assault that does not result in significant injury. More serious offences such as burglary and drugs offences can also be heard in a Magistrates court, however, these cases can also be passed onto Crown Court. All criminal cases start in a magistrates court and cases are heard by either 2 or 3 magistrates or a district judge.

As the name suggests, youth courts in England and Wales deal with cases involving persons aged between 10 and 17. These courts are a special type of magistrates court and differ from adult courts because they are less formal, the public isn’t allowed in and people are called by their first name. Youth courts deal with crimes such as anti-social behaviour, drugs offences and theft and burglary. More serious cases like murder and rape are passed to a Crown Court. 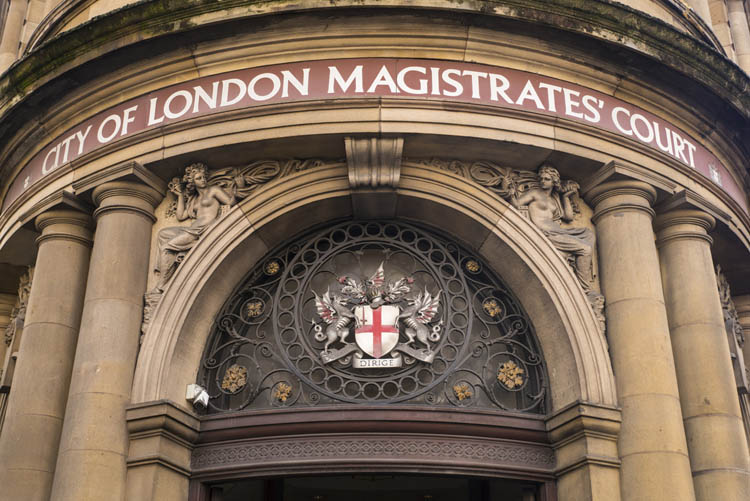