What Are Barristers Wigs Made From? The Rise and Fall of the Traditional Horsehair Wig

Barrister’s wigs have long been a staple of courtrooms since the seventeenth century and it is a tradition that has been carried through to the present day. But, what are Barristers Wigs made from? Over the course of the past few centuries, wigs have been made of a variety of different materials and this guide is going to take you through each type. 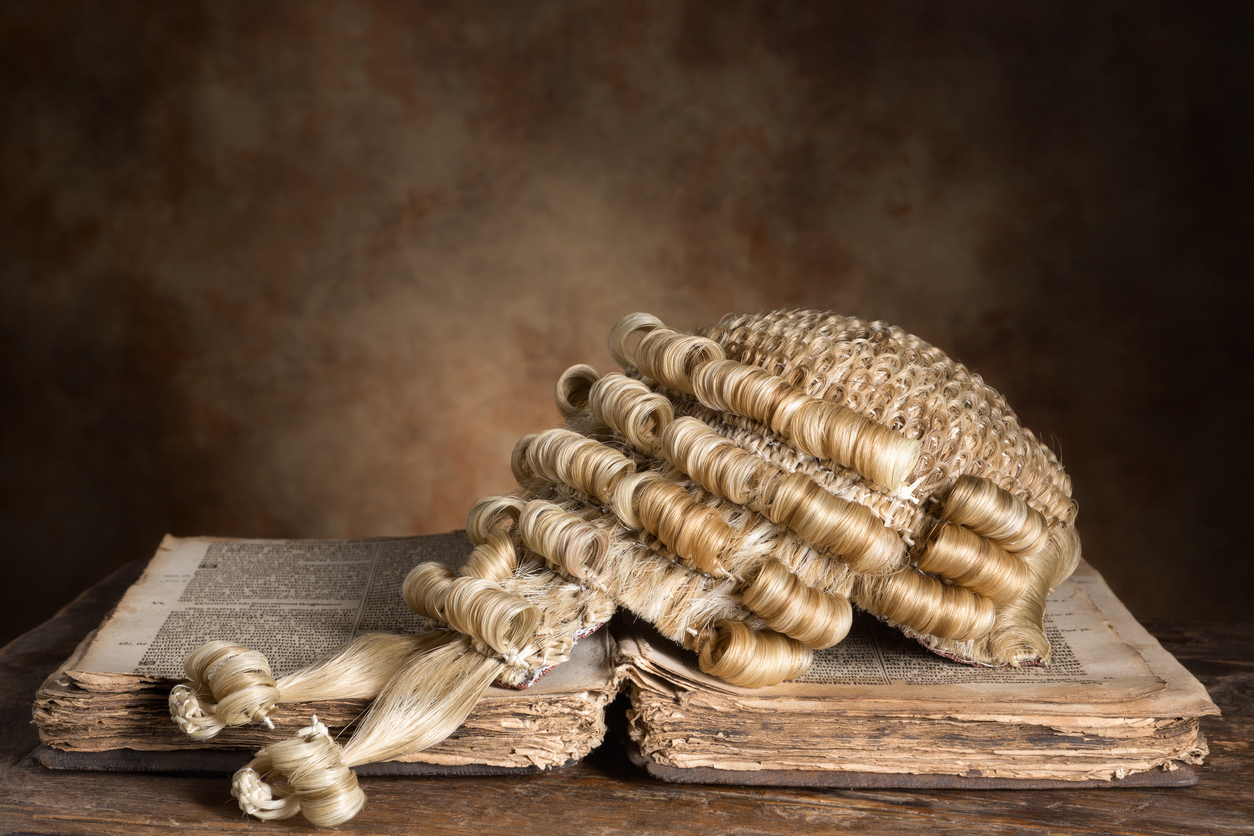 Back in the seventeenth century, Charles II sat on the throne and started wearing a wig, supposedly to cover his bald head as the rumour mill had it that balding was a sign of syphilis.

As a result of the king beginning to wear wigs, the upper classes began wearing wigs as well and as barristers were commonly a part of the middle class, they would wear wigs too, keeping up with the current trends of polite society.

The wigs they wore were made of black horsehair but these presented their own challenges. The coarse hairs needed to be maintained with a variety of perfumes, powders and oils which would drip onto clothes and cause damage.

Wigs slowly went out of fashion in the late eighteenth, early nineteenth centuries but they experienced a resurgence in popularity when one man found a way to solve the black horsehair problem.

The Birth of White Barrister’s Wigs 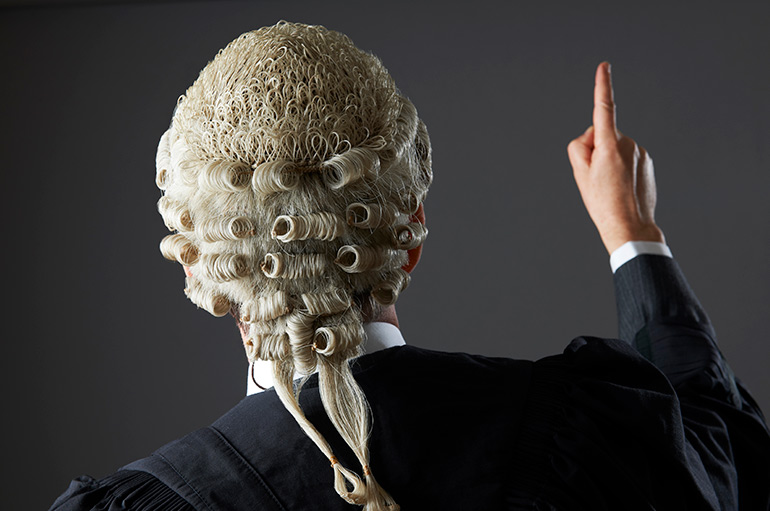 Humphrey Ravenscroft invented a new version of the barrister’s wig, this time made out of white horsehair instead of black, a material that didn’t need the same constant maintenance that made the black horsehair wigs so challenging.

To this day, Ravenscroft’s white horsehair wig is the model for all barrister’s wigs, proving its versatility and reliability. White horsehair is renowned for its softness, its similarity to human hair making it a perfect fit.

What Are Barristers Wigs Made From? The Different Types of Hair Used in Wigs 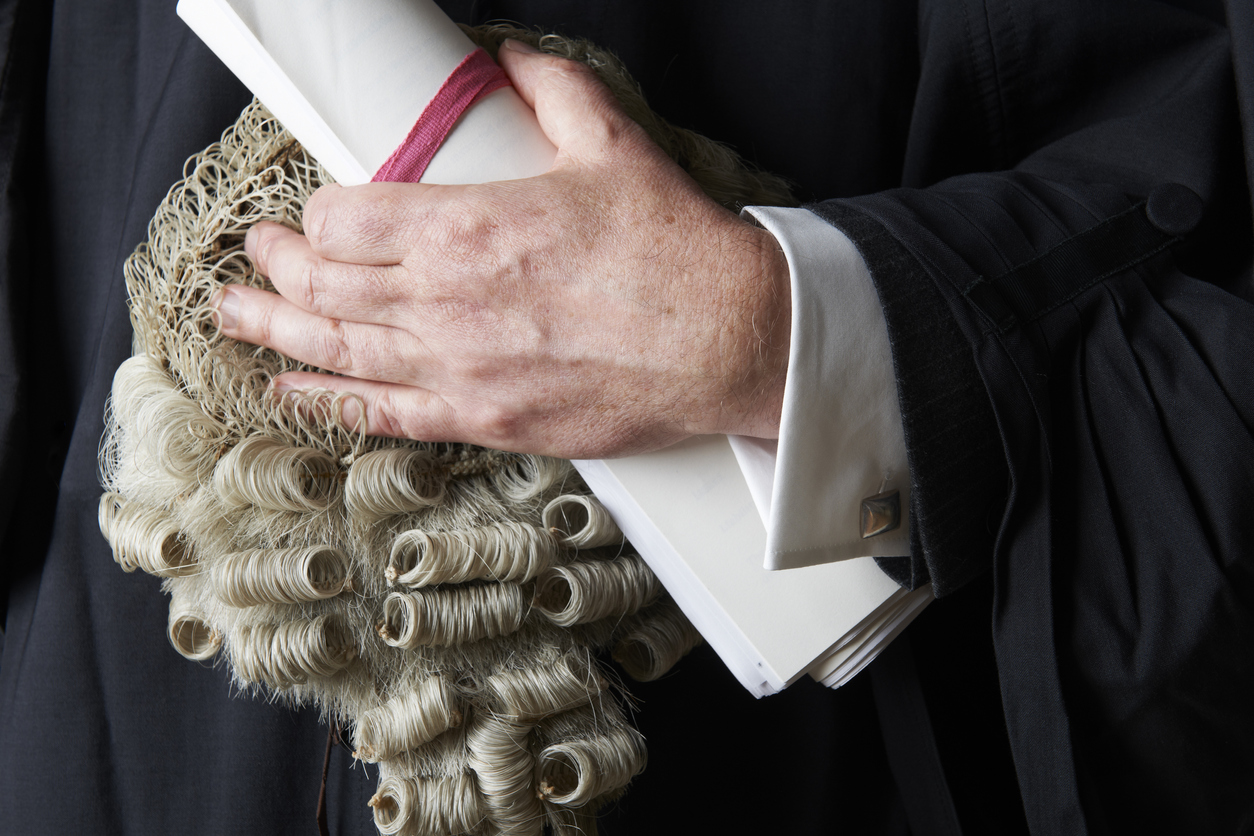 Horsehair has been the primary, singular go-to for barrister wigs for centuries now with signs of changing this tradition only becoming apparent in recent years. It begs the question as to why no other hair material has ever been used. Is it really just a matter of symbolising our history?

Human hair is a natural choice for wigs and with its similarity to horsehair, should be a shoo-in for a material used to make barrister wigs. It has the same kind of fineness and softness. There are two types of human hair wigs:

Where human hair is naturally sourced, synthetic hair is manufactured from fibres that imitate human hair. This makes them a suitable alternative to horsehair as well and if the synthetic wig is well-made, the difference between it and real human hair is nigh on impossible to spot.

While horsehair is still going strong as an option for wig-making, other animal-sourced materials have fallen out of fashion. Yak hair and buffalo hair are two older types of animal hair used in wigs that didn’t stand the test of time. Buffalo hair wigs can still be found on the market though they are a rare sight.

Buffalo hair also shares the same soft characteristics as human hair and horsehair, marking it as a possible alternative to the classic horsehair barrister wig though, of course, the act of acquiring buffalo hair makes other options a lot more suitable to collect.

The Rise of Vegan Barrister Wigs

The main problem with all the above options for wig hair is that they lack sustainability. Ethical, environmental and animal rights issues have been a big talking point in recent years with more and more people questioning the need for horsehair wigs. It has already been proven there are other options available outside the convention of tradition so why not take it one step further and invest in the rise of a more ethical material?

Vegan barrister wigs are often made out of hemp, a class of cannabis whose fibres are popular in the making of ropes alongside other materials. Hemp can also be acquired from other plants like agave. The pioneer of this hemp initiative is Samuel March, an animal rights protection activist striving for a vegan-friendly future in wigs that avoids the exploitation of animals.

Hemp comes from the flowers, stems and leaves of a plant, making good use of the material as well as providing great resilience and durability that matches and may even exceed that of horsehair wigs.

How Are Barristers Wigs Made?

The traditional horsehair barrister wig will take about three weeks to make by hand. The horsehair is washed to make sure it is clean and does not carry any germs or bacteria before being graded according to colour. The older the wig looks, the more likely it is to get you a good reputation as it exudes experience.

The creation process handles everything from sourcing the material – whether it be horsehair, human hair, fibres or hemp – giving it whatever treatment and processing it needs before weaving the fibres together to create the wig, curling and coiling where necessary.

Horsehair barrister wigs have been a tried and true material for hundreds of years but the times are calling for a change to be made to tradition. Synthetic materials and the hemp alternative are getting more and more popular but traditionalists can rest assured that the quality of your barrister wigs won’t be dropping with the shift in the material. If anything, they will be stronger and better than ever.

Are you looking to find out more about subjects like what are barristers wigs made from and other related topics? Check out the other posts on our helpful, informative blog. Also, if you’re in the market for a new legal wig or legal gown, you’re in the right place!

Celebrating the End of an Era: What to Write in a Graduation Card

How to Become a Barrister: 6 Things You...

6 Reasons to Become a Lawyer