Latest Trends
A history of court dress and how it...
Become a Barrister – 10 Myths About What...
Called to the Bar Gift Guide – 5...
Perfect Graduation Gift Ideas – Presents for your...
Finding a job after you graduate – the...
The graduates starting their careers from home. Can...
Law Students and COVID-19: 4 ways to prepare...
Law Students and COVID-19: prepare for a post-pandemic...
What makes a good lawyer? The 8 top...
Make the Most of your Virtual Graduation Celebration
Home » Legal » Do we still need Legal Wigs and Barrister Gowns in modern courtrooms?

Do we still need Legal Wigs and Barrister Gowns in modern courtrooms?

As times have changed and evolved, the practice of wearing a legal wig and gown in court has fallen out of fashion somewhat. For some, it’s considered slightly ‘old school’ to wear the traditional white horsehair legal wigs and billowing black barrister gowns.

But, for many people within and outside of the legal profession, these wigs and gowns are a symbol of a lawyer’s status. We associate them with courtroom dramas, authority and justice.

21st-century British judges and barristers still wear the same style of legal wigs and Barrister gowns when they go to court that their predecessors wore hundreds of years ago.

So, is the wearing of legal wigs and Barrister gowns still necessary in modern society? 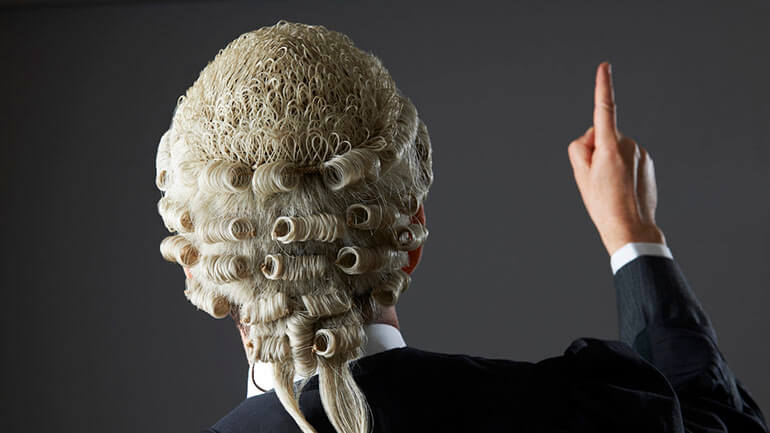 The origin of the barrister gown and legal wig

British courts started wearing gowns of sorts in the 14th century. However, back then not all legal gowns were black. It was common for some medieval judges to wear coloured gowns in green, violet or red dependant on the season.

But, following the death of King Charles the second, black became the standard colour as Britain went into national mourning, meaning all people across Britain were required to wear black as a symbol of their grief for the dead king.

After the period of national mourning passed, most people went back to wearing their regular colours. However, for people in the legal profession, the tradition of wearing black legal robes continued on, which is why we still wear black legal gowns today.

King Charles II also had an influence over the wearing of legal wigs in UK courtrooms.

Rumoured to be because he was balding and inspired by the French king Louis XIV,  King Charles II popularised wearing wigs for members of ‘polite society’ during his reign.

As a result of this royal seal of approval, it became seen as a symbol of wealth and esteem to wear a wig. And, because of the respected position they held in society, judges joined in on the trend for wearing wigs as it helped to convey their authority and status.

Although it took a little while to catch on throughout all members of the judiciary, by 1680 most members of the courts were wearing long powdered grey or white wigs.

During the reign of George III (1760-1820), wigs gradually went out of fashion for most people in society. And, by the end of the century, they were mainly worn only by bishops, coachmen and those in the legal profession.

While the majority of society hung up their wigs, judges and barristers kept theirs firmly atop their heads, although that didn’t stop them from giving the old-fashioned powdered wig style a makeover.

In the early 1820s, a new form of the legal wig was invented by Humphrey Ravenscroft. This wig was made using whitish-grey horsehair and it was well-liked by many people because it was very easy to maintain and did not require curling, powdering, perfuming or even frizzing.

This is the style of wig still worn by barristers today. It’s a much more manageable and easy to care for style of wig that still conveys the authority and status of a legal professional who wears it. 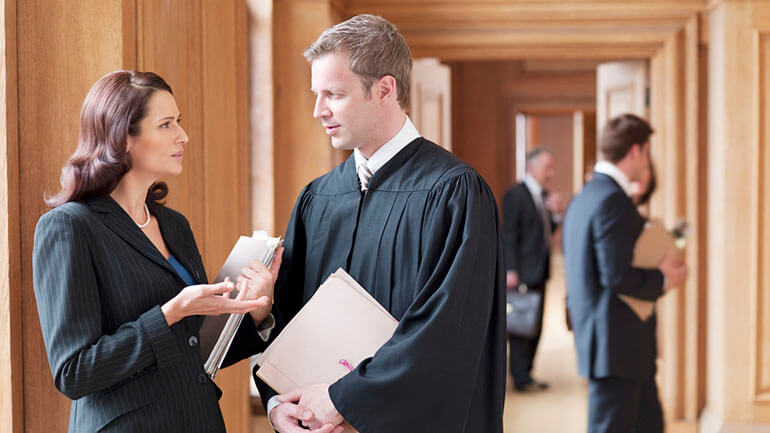 The law is ever-evolving and changing with the times. As the way we live our lives and new developments in technology alter the behaviours of society, our laws need to adapt to reflect these changes and offer guidance on how to maintain justice and the public’s safety.

However, while the law has evolved and adjusted, the dress code for those practising it has changed relatively little. Though less ornate than the ones worn by judges in medieval times, barrister gowns haven’t really changed in hundreds of years.

Those who support the continuing wearing of legal wigs and Barristers gowns say the dress code enforces a solemnity and authority of the law for criminals who otherwise devalue it.

Plus, the practical benefit is that it helps disguise the courtroom officials should any criminal try to find them for revenge.

However, in the past ten years changes and relaxations of the dress code are becoming evident.

Barristers no longer need to wear the traditional wig and gown when they stand before the supreme court, civil or family cases; officials in family court still wear gowns, but they’re much more simplified.

In the courts of today, judges and legal representatives are required to wear Barristers wigs and gowns for criminal cases.

Following a long and prestigious history of gownmakers for legal professionals, Evess and Tailor De Jure are proud to provide legal wigs and Barristers gowns that are suitable for professional courts worldwide, our exquisite Legal gowns and accessories are made to exacting high standards.

They are available to order today, we have many sizes in stock at great prices.

Everything you need to know about a law conversion course (UK)

Everything you need to know about a law...