With a job that is placed within some of the most important traditions of our present society, a barristers attire hasn’t changed much since the dawning of the role. Yet, with a more inclusive and sustainable outlook in recent times, tradition has had to alter. We present to you the vegan barrister wig.

A traditional look, only different.

The focus of creating such an item has been steadily building in our minds. The traditional horsehair finish of most wigs still stands firm with many a law battling barrister. Yet, with a generation built on creating a more sustainable lifestyle, it would only be a matter of time till an alternative was made.

The continuing moral high ground of barristers has meant that they are often fighting the corner of the innocent and fighting for a better world and future. Many people are now switching to a vegan diet, meaning that a requirement to modernise the traditional is now an essential aspect of the business of law. The number of vegans among those who have been called to the bar is increasing, along with the general population, and before now, there was little to no option for a vegan alternative. 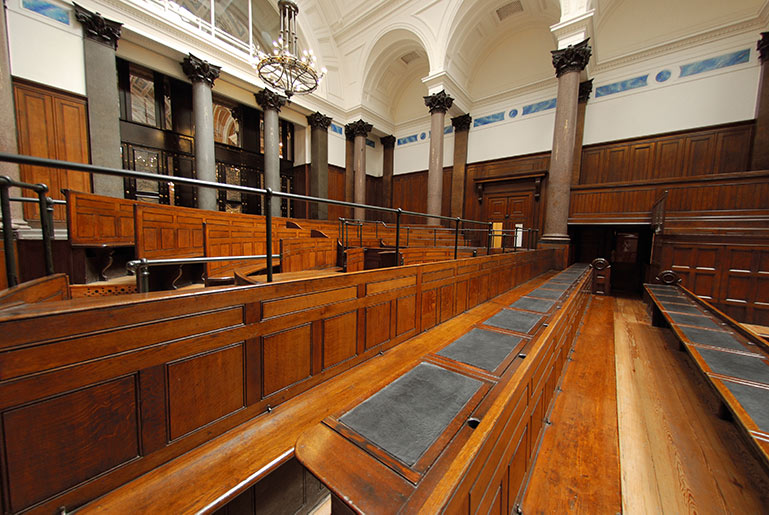 Statistics drawn from a few sources state that the number of vegans that currently reside in the U.K is around 600000. This has risen from 150000 back in 2006 and looks to be continuing as people make lifestyle changes.

In surveys, most of those who have chosen a vegan diet put it down to ethical motivations. Barristers’ lives are that moral and ethical standing, so it makes sense that there is an increase in vegans among them.

Who was the first person to create a vegan courtroom wig?

A new barrister called Samuel March was the brainchild of this exciting new wig. His original ideas were a hemp fibre creation.

‘If a person can take from and sell parts of an animal, even if that immediately does not harm an animal, then it incentivises an industry based around commodifying and selling their bodies.’

His initial idea has paved the way for a break in the tradition of horsehair wigs and created a sustainable alternative for those who have demanded an animal-free option. 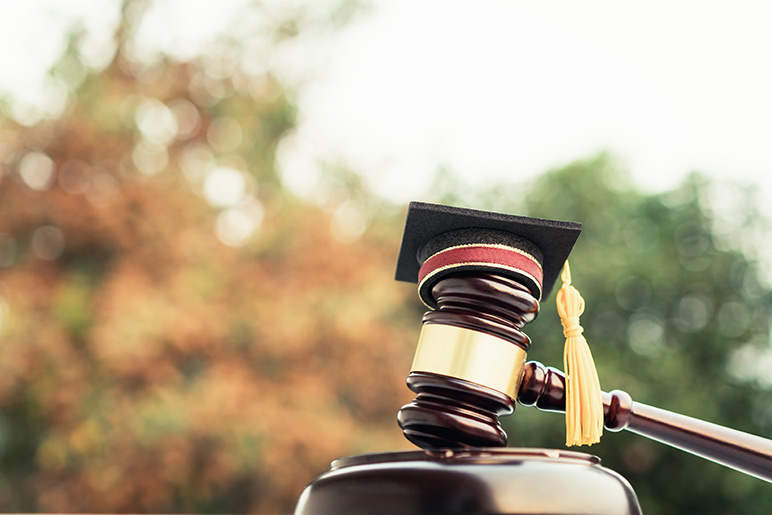 What is the vegan barrister wig made of?

The vegan wigs are available in both synthetic and plant-based fibres. The plant that we use to create the hair fibres is from the Agave plant. The sisal fibre has to go through a vigorous process before it can be used. The steps include cultivation, harvesting leaves, fibre extraction, fibre hackling and weaving.

Almost every part of the plant is used, not just the threads required for textiles. So not only are you getting a natural material to produce the wigs but the waste material is used for composting, fertilisation and is a natural fungicide.

How does the manufacture differ from a regular horsehair wig?

Apart from how the plant fibres are harvested, the manufacture of the wigs doesn’t differ much from your generic horsehair wig. The horsehair is cut, cleaned and gets all potential bacteria removed before it can be used. This would be similar to the plant fibres used to create the vegan alternative.

Does it look different to a regular wig?

The sisal fibre has a naturally blonde look to it and thus matches some of the horsehair wigs very well. The hair looks natural and is not a distinct change from the traditional wigs, meaning you can continue to stride confidently into the courtroom without any difference except that you are wearing a sustainable alternative made in an eco-conscious way.

The off white and blonde is normal for a barristers wig. This is because a bright white wig would indicate that the barrister is new and doesn’t have the experience of that of someone who may wear a more aged wig. The look was specifically created to resemble a worn and well-matured wig that exudes knowledge. 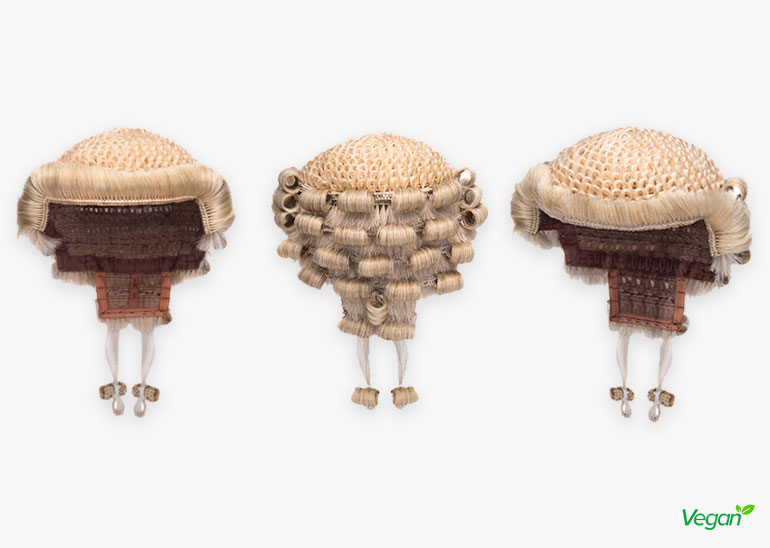 How do you wash a vegan barrister wig?

The short answer is exactly the same as you would a horsehair wig. As we mentioned previously, barristers generally want a matured look for their wig and steer clear from the new barrister look as much as possible. That being said, wigs can get smelly after a while, so we recommend you give them the occasional TLC. You can read more about cleaning your wig in our article here. 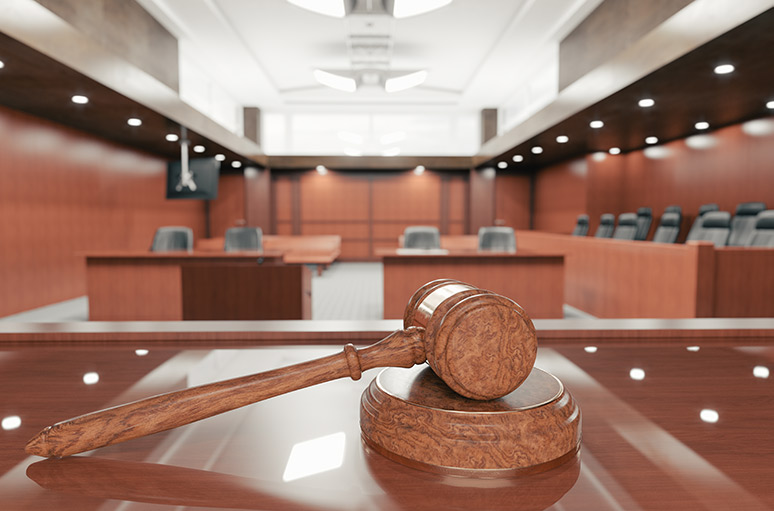 We are over the moon to now offer our vegan wig to the new and more experienced barristers. It is built to last even the busiest of us and is easy to keep clean and fresh. The sturdiness of it will last you an entire career and ensure that you enter the courtroom with confidence and conscience.

We are currently stocking the blonde for countries other than the UK & Australia who use the Grey/White colour. The blonde can still be used for those barristers in the UK/Australia that want to purchase a vegan wig now. The grey/white is in development, and we hope that it should be added to the collection before the summer of 2022.

Although we do take a sustainable stance on all of our products and productions, sometimes a new technology makes a massive difference to a traditional way of life. We feel that not only will our vegan barrister wig change the way that we wear wigs in the courtroom, but it will also mean a more inclusive option, opening doors for those legal vegans who always felt wrong wearing a horsehair wig.

As choir singing returns, how can I make sure my choir is performance ready?

How to Become a Barrister: 6 Things You...

6 Reasons to Become a Lawyer