Mortarboard: The Origins of the Graduation Tradition

First of all, let’s deal with the elephant in the room. A mortarboard cap does share a name with a bricklayer’s tool, but it is not named after it. Don’t worry. Or rather, don’t feel weird.

What is a Mortarboard 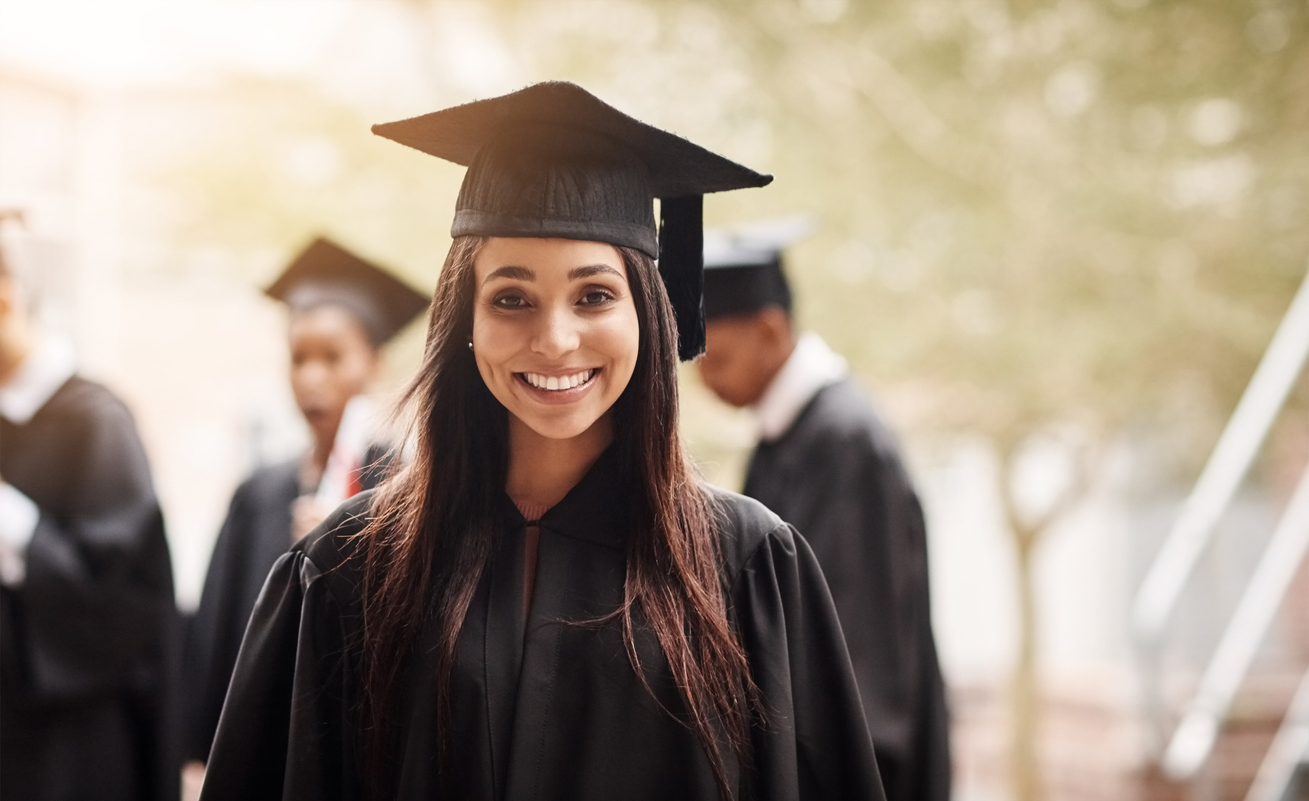 The mortarboard cap is a worldwide symbol of educational achievement and graduation. No matter where you’re graduating from, a mortarboard cap balanced precariously on your head represents your achievements better than anything. The swotting and the stressing. The time you spent working when you wanted to be doing something else.

The mortarboard cap itself has a very… religious origin, and they’ve gone through many design changes since they came into fashion in the early Middle Ages.

The Origins of the Mortarboard 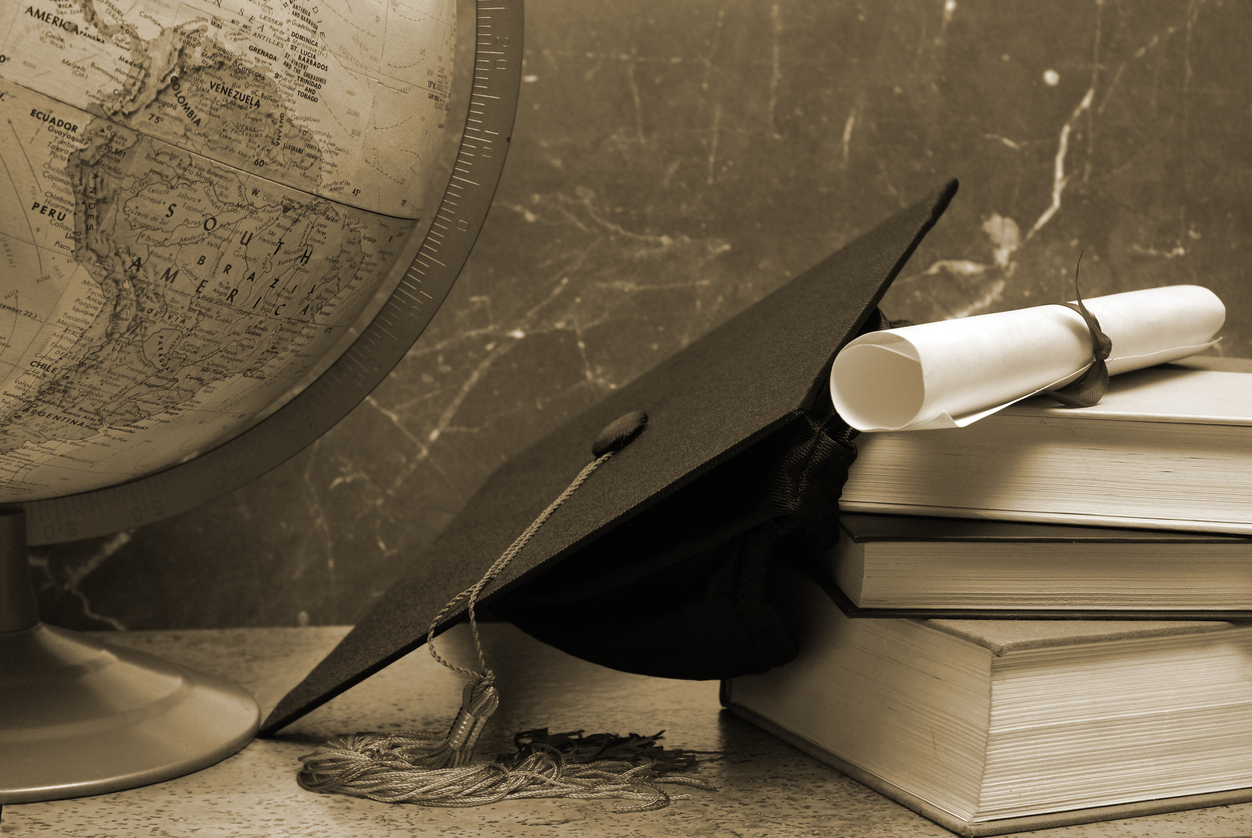 In the early 1100s, universities and colleges were heavily influenced by the primary religions and churches in their surrounding area. Most students being educated at this level – the majority of whom were men at this point in time – were training to go into the church. Their education, on top of being taught to read and write their native language, also included being taught to read and write Latin.

Despite Latin becoming a dead language during the 7th century A.D., the Italian influence over Christian-supported education remained significant, especially to those with Roman Catholic links.

Due to this influence, both teachers and students ended up wearing clerical clothing. This clothing choice helped teachers and students stay warm. The majority of lectures took part in large, cold stone buildings where the only source of heat was one of the many fires. Wearing robes allowed them to “layer up” underneath without looking out of place.

The initial design for mortarboards came from Italian-style birettas, hats worn by Roman Catholic clergymen. The biretta was tall and round and was slowly adapted by students into a design that was more comfortable and easier to wear.

This, in turn, had an influence over what would later become official university dress.

The dress and mortarboard have both been black or grey since their creation; with the issues and expense of dyeing clothes in the Middle Ages, it was considered easier to have every item of dress one colour and material. This also fit in with the Church’s view on acts of extravagance and unnecessary over-indulgence.

In the late 1800s and early 1900s, as colour photography started to make an introduction into society, universities slowly implemented mortarboards having coloured tassels on top of them. These tassels often showed off the school colours or, later, the course the student had been part of.

In the mid-1600s, colleges and universities started appearing all over the United States. Once again the entry point for men looking to enter the church was styled on both Oxford and Cambridge University. The precursors to the mortarboard and graduation robes also came over, once again based around the religious dress.

Photographic evidence exists proving that the modern style of mortarboard has been in existence since the 1800s. The style and shape changed not only for aesthetic purposes but to keep up with societal progression as well. When women were allowed into university in the United Kingdom, changes had to be made in uniform to compensate for the differences in clothing and bodily shape. Despite these changes, the first mortarboard cap patent was only approved in 1930.

Even in recent times, the mortarboard cap is still transforming. Midway through the Vietnam War (1955-1975), a movement started in the United States to decorate your mortarboard cap for graduation. The starting point was peace symbols and protest slogans against the war. This tradition is still ongoing with protest decoration and support slogans still focused on current affairs. Most commonly, this includes Black Lives Matter, LGBTQ+ and Pride, and the migrant issues between the United States, Mexico, and Central America.

Another tradition: wondering where the act of throwing your cap into the air comes from? 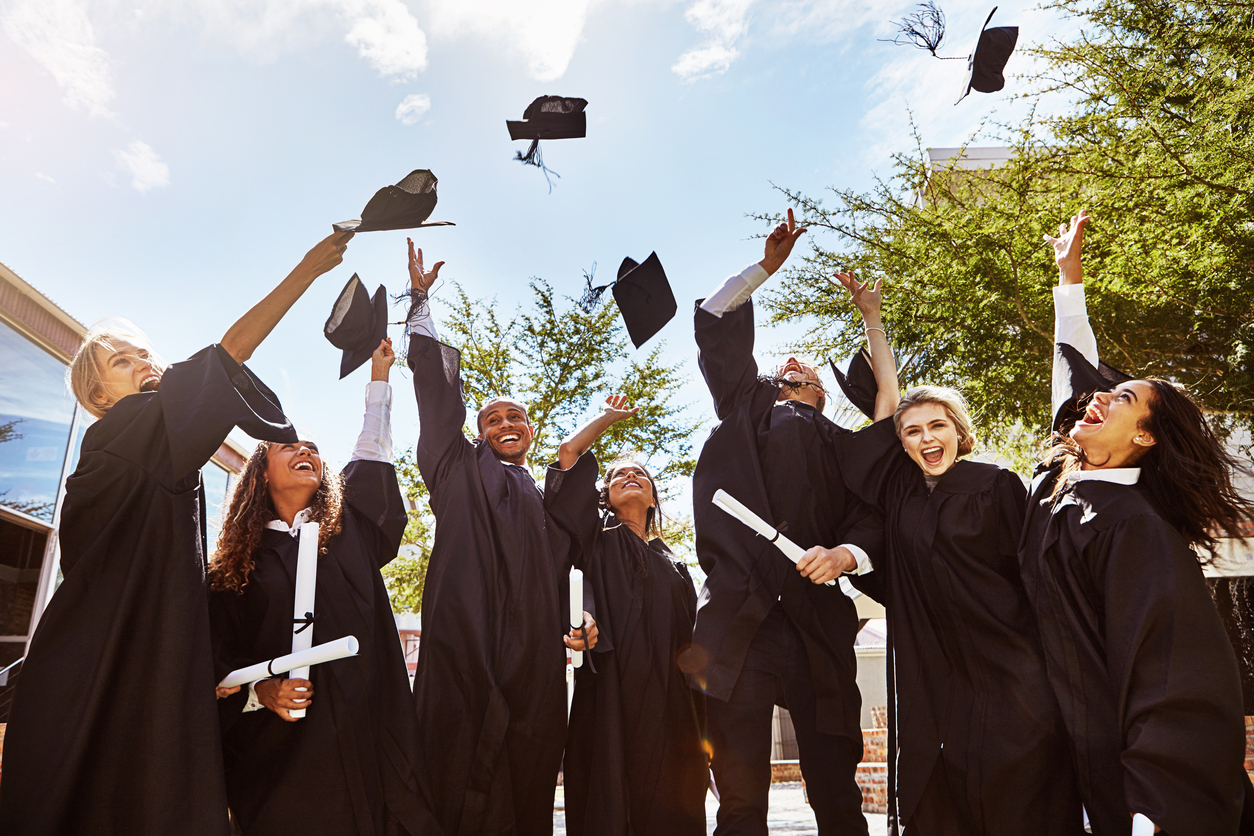 Well, originally during graduation (particularly in the United States) the mortarboard had to be worn at all times during the ceremony. Only during prayer may it be removed. This changed in 1912, though. In celebration of their new enlistment as captains, the graduating class of midshipmen from the United States Naval Academy threw their midshipmen caps in the air as they received the ones equivalent to their new rank.

And, unbeknownst to them, it would become one of the most well-known graduation traditions in the world.

Are you looking for more helpful advice, ideas and fun content relating to graduations? Check out our graduation blog section, where our team loves to offer insight and inspiration!

Check out our online store to browse our range of gowns, hoods, stoles, gifts and much more. If you have any questions or want more information about any of our products, don’t hesitate to get in touch. Our team is always happy to help!

What to Wear to a Graduation in Winter

How to Measure Head for Graduation Cap

What to Expect from Your Winter Graduation

What to Wear for Winter Graduation Ceremony

How to Get Wrinkles Out of a Graduation...

Celebrating the End of an Era: What to...

What to Wear to a Graduation in Winter